Health is like a car. Regular maintenance is of utmost importance. Yes, it takes time and effort to keep it top notch, but without that expect surprises along the way. Some time ago we have concluded that working 7-days a week is not healthy and we need to set an example.

This Sunday we went biking along St. Lawrence River. If your biking skills are less than perfect, consider this route as your possible destination. 100% of smooth asphalt surface, yet without any traffic. It is truly perfect for a biking novice, like myself (there is a proof in the video).

Howe Island is a small inhabited island located three hours east of Toronto. The main road goes along the south shore and features an eye-pleasing view on St. Lawrence River. Howe Island has zero stores, so take water and snacks with you. Do not expect bathrooms either.

From Gananoque to Howe Island

The whole route was 37 km long. We started at Gananoque, a small town ½ hr east of Kingston, Ontario. A few minutes of pedaling from Gananoque downtown took us to east side Howe Island ferry. It was nice to learn that bikes and bikers cross free of charge.

From there we continued west for about 17 km till we reached west the end of Howe Island and another ferry. Going back was a bit more challenging due to increased car traffic, but as to the level of difficulty it was still a relatively easy ride. However, there were some long hills on the way. Andi said they were just inclines. We left it at that as I did not have enough breath left to argue with him.

After four hours of biking we were back at Gananoque. It was 4 pm and all we wanted was running water, a cold drink, and something to eat.

We stopped off at Maple Leaf restaurant, a family business run by three Czechs. A large pitcher of cold Moose Head was a very welcomed start. The rest is history. 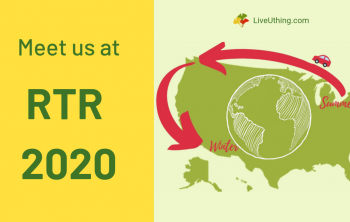 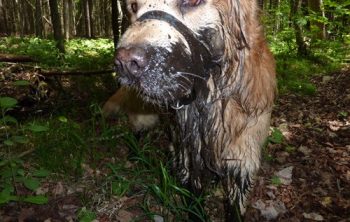 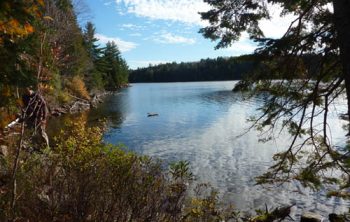