Despite studies popping up confirming the above, our medical system is still stuck in the past. For traditionally-trained doctors it is hard to acknowledge the gut-heart connection. We still have gastroenterologists prescribing pills for bloated stomach while cardiologists write out prescriptions for  high blood pressure… as if the gut and the heart existed in isolation and needed separate servicing.

Meanwhile new studies suggest that the stomach and the heart are so interconnected that a bloated stomach may foretell the rise of a cardiovascular disease, and unless the former is fixed, the latter won’t go away.

What follows a bloated stomach?

Despite the popular belief, diseases do not strike randomly. They don’t pop up out of the blue, they don’t strike at the doctor’s appointment, and they don’t follow a curse. Instead, they show highly predictable patterns.

For example, knee pain is common in non-exercisers, and metabolic diseases follow junk eaters. Some diseases are age dependent, like osteoporosis that belongs to the old, and ear infections that mostly follow kids. Do you know what follows bloated stomach?

A bloated stomach first, then…

Apparently a stomach-heart pattern also exists. It is a slowly-progressive, creeping pattern that eludes both patients and doctors. Although many variations exist, the most typical scenario goes like this.

Bloated stomach, indigestion and heartburn starts somewhere mid-30s. Initially these are considered minor nuisances and are brushed off as stress, poor diet, or minor digestive issues that are easy to treat and have no further implications.

Unfortunately for many of us, the innocent stomach bloat and digestive difficulties starts morphing into a new set of symptoms: cravings, frequent hunger, and food sensitivities. These follow bloated stomach and further contribute to waist expansion. We blame the weight gain for lack of exercise, kids, stress, excess beer, and other things. But this weight gain does not end at wearing larger pant size. It “infects” inner organs that start struggling with altered metabolism.

Quick, how to lower cholesterol?!

Then one day sometime in the mid-40s the doctor announces a major surprise: high cholesterol. Where did it come from? From too many sausages? From butter on croissants and those burger escapades?

Regardless, where it came from, the body persistently sends bigger and bigger red flags our way. After we ignored symptoms of bloated stomach and waist enlargement, now we have to deal with derailed biochemistry.

In panic we embrace low fat diet and take cholesterol lowering medication, in hopes things get better. Unfortunately, they usually they don’t improve things neither in the bloated stomach, nor the ailing heart department. Despite the meds keeping cholesterol in check, the weight does not go down, and the stomach troubles continue.

It must be old age, (we think) because instead of getting healthier, new symptoms emerge: fatigue, erectile dysfunction, muscle and joint pains. They keep getting worse until one day also blood pressure monitor joins the health conspiracy.

First there is an occasional blood pressure spike, with numbers reaching higher and higher, and then eventually high blood pressure gets diagnosed. By the time you know, you are on one blood pressure medication. Then two, then three. A a few years later a cardiologist takes you thorough more thorough tests and finds out your cardiac arteries are blocked.

What do you do? Keep on lowering cholesterol? Take more heart meds? Schedule a by-pass? Check out mobility scooters?

There is a better way. Stop focusing on pills and cholesterol numbers. Low cholesterol does not prevent strokes or heart attacks. They are not related. What makes sense is lowering inflammation, improving digestion, and improving gut flora. But for that you need to eat a health-boosting diet  and say goodbye to your bloated stomach. 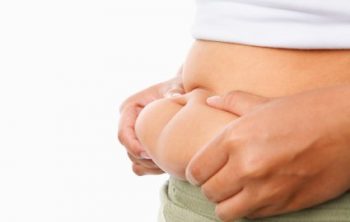 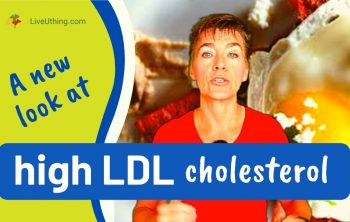 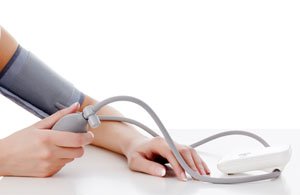