“Doctor, I eat healthy. I seldom eat meat and now I gave up coffee. Can I prevent cancer this way?”

I seriously doubt it.

Coffee has clear health benefits, which includes boosting the immune system. Unfortunately, despite research showing the positive, coffee (just like red meat) has been considered by many as a bad habit, a health menace that needs to be discouraged.

Some health warriors see coffee as one of those unfortunate “addictive substances” (similar to cigarettes and alcohol) that are associated with poor lifestyle habits. If coffee and bad habits go together, one can easily extrapolate that coffee cannot be good for health.

Is coffee good or bad for you?

Many hang on to an idea that coffee, since it accompanies bad lifestyle habits, must also be bad. Internet abounds with health warriors claiming that coffee ruins the immune system. Here are some of the claims I found online.

Let’s not spread misinformation. Let’s not cause panic. Instead, let’s look at some studies linking coffee with cancers. (Oh, by the way, did you know that infectious diseases and cancer risk are inversely correlated? Get the Sniffles and build iron-strong immune system!)

It established that neither caffeinated nor non-caffeinated coffee/tea drinking habit was associated with an increased risk for breast cancer. In fact, the opposite was suggested.

The data pointed out an inverse relationship between consumption of these beverages and the post-menopausal breast cancer risk . What’s more, a very significant breast cancer protection effect was found in those women who drank over four cups a day. research. I would celebrate that with a cup of great organic espresso!

Having that shot in the morning apparently protects against colon and liver cancers. Kaweol and cafestol are two already identified substances in coffee that inhibit mutagenicity and tumogrenicity of several carcinogens. This one particular study on rats confirmed that it substantially improves protection against xenobiotics.  research

This European study examined 1144 cancer patients and 2840 controls. The study identified a clear and substantial correlation between heavy coffee drinking and increased protection against oral, esophageal, and pharyngeal cancers. Subjects who drank the most (over three cups a day) were the most protected, provided they used caffeinated form. Non-caffeinated beverages did not seem to give any protection. research

Coffee has been reported to lower levels of estrogen and insulin, two hormones implicated in endometrial carcinogenesis. This study observed coffee drinking habits of 67,000 participants and their correlation to endometrial cancer risk. The correlation between the beverage and endometrial cancer was significant. Women who drank over four cups a day were the most protected. Those who drank tea did not benefit from cancer protection. research

A recently updated meta-analysis of 16 previous studies has found coffee to be protective against both liver cancer as well as liver cirrhosis. The inverse relationship between coffee and hepatocellular carcinoma risk was consistent regardless of the subjects’ sex, alcohol drinking, or history of hepatitis or liver disease. The anti-cancer effect was higher with increased coffee consumption. research

The scare about pancreatic cancer

Some earlier studies suggested a link between coffee drinking habit and increased pancreatic cancer risk. The message created a havoc among coffee drinkers. This fortunately did not last too long.

The most recent comprehensive meta-analysis did not find any link between the beverage and pancreatic cancer even with high coffee intakes. Similar finding were reported in regards to gastric (stomach) cancer. research 1  research 2

So can coffee prevent cancers or not?

The mechanism by which coffee protects against cancers is not yet known, but it is worth noting that high antioxidant foods & beverages (such as coffee) are powerful cancer fighters. Did you know that espresso method of extraction yields the highest antioxidant activity out of all brewing methods.

A recent study found a substance with suspected anti-carcinogenic effect. Its name is methylpyridinium. This compound is rather unique to java plant and is not common in other foods. Methylpyridinium is not present in raw coffee beans but is formed during the roasting process. It can be found in both caffeinated and decaffeinated beverages.

Coffee benefits aren’t limited to cancer risk reduction. Coffee also benefits the brain, the nerves, and helps with blood glucose metabolism. With such a long health benefit list it is hard not to love your java. 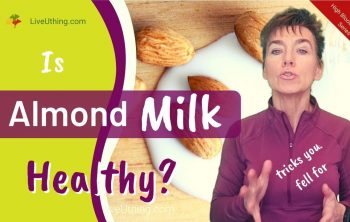 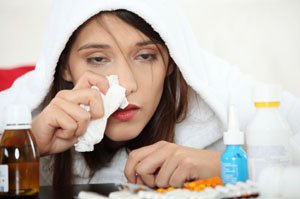 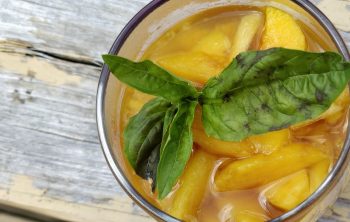