In my previous coffee post I listed numerous studies linking coffee to lower cancer risk. Anti-cancer benefits are already impressive, but coffee seems to be capable of doing much more. Could it also have beneficial effects on cardiovascular health or prevent diseases of the nervous system. You bet!

Coffee is anti-inflammatory and helps with detoxification. These in turn boost the immune system and improve circulation. Here are some studies showing that its effects range widely and span from hormonal to immune to cardiovascular health and even affect lifespan.

Apparently the beverage can lower risk for T2 diabetes. Increasing intake of caffeine has been found to be inversely correlated with risk for this disease.

A Singapore study found that over four cups a day reduces the risk for type 2 diabetes by 30%. A Dutch study found that three cups a day can lower risk for diabetes by 42%. Another systemic review of all available epidemiological studies concluded that consumption of coffee was consistently associated with lower glucose levels, especially after meals. studies: 1 2 3

Lowers risk for Alzheimer’s and dementia

Drinking 3-5 cups  can lower Alzheimer and dementia risk by 65%. This is not surprising given that coffee prevents insulin resistance and newer studies suggest that Alzheimer is related to poor insulin sensitivity. study

Journal of Neurological Science published a study that established a strong link between coffee consumption and the risk reduction for Parkinson’s disease. According to one study three cups a day reduced Parkinson’s disease risk by at least 28%. Another study has shown that coffee habit can reduce Parkinson’s disease by 30-40%. Other studies reported improvement in tremor and gait for those who drink it daily.studies 1 2 3

Although few minutes after drinking your cup of morning java your blood pressure may rise, the studies have confirmed that long-term coffee drinking habit has beneficial effect on hypertension.

People who drink it regularly have lesser risk for hypertension and are less likely to have a blood-pressure spike right after drinking it. This does not apply to other caffeinated beverages such as regular or diet colas.

Despite a popular belief there appears to be no connection between coffee and cardiac arrhythmia. Studies have shown that regular use actually decreased tendency for atrial fibrillation. studies: 1 2  3 4

Despite a wide-spread belief that coffee is bad for the heart several studies have found an inverse correlation between the beverage and risk for stroke, especially intra-cerebral hemorrhage sub-type. A recent large 10-year follow up study involving 34,670 women implicated low coffee or no coffee consumption to increased risk for stroke in women. studies: 1  2 3 4

Elevated CRP is also higher in inflammation-mediated diseases such as rheumatoid arthritis, diabetes, hypertension, atherosclerosis, and even sleep apnea. studies: 1  2 3

Coffee is not just a trivial pick-me-upper. A British study involving 9,000 adults has found a strong correlation between habitual coffee drinking and improved reaction time, verbal memory, and visuo-spatial reasoning. There appears to be also a dose-dependent improvement in cognitive performance, which means more coffee leads to better brain function. Older people seem to derive even better performance-improving effects from caffeine than younger counterparts. studies:  1 2

It is very likely that coffee`s effect on brain function provides a spill-over effect into other areas of life. For example, there appear to be an inverse association of coffee consumption with deaths from injuries and accidents. study

A large study comprised of 229,119 men and 173,141 women conducted by the National Institute of Health concluded that coffee consumption was inversely associated with total and cause-specific mortality or in other words those who drink coffee a less likely to die. Coffee seems to also strongly decrease risk of suicide in women.

Another study also showed that here was a significant inverse association between coffee consumption and an overall risk of dying. Men who drank 6 or more cups per day had a 10% lower risk of death, whereas women 15% lower risk.

Aging is vastly related to a degree of oxidative damage in our bodies. Oxidation, which is equivalent to rusting, can be observed within minutes on a cut apple, which changes color from un-oxidized white to oxidized brown. Have you seen liver spots (sun spot or age spots) on hands? They are nothing else but the product of cellular oxidation.

Coffee is a very strong antioxidant with very few foods matching its ORAC value. Coffee’s ORAC is 15,000-17,000 meanwhile an orange juice’s ORAC is 723. Please give me a good reason why you would trade your java for juice in the morning. studies: 1 2

Part 3 will explore more studies on coffee as well as address the cautions. If you missed part 1 click here. For research-based reads visit our reading page. For all other needs visit Our STORE

What foods boost the immune system 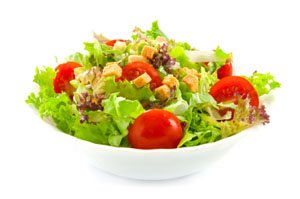 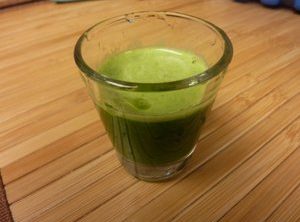 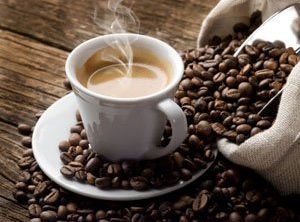