From a sickly child to a healthy woman

As a child I was always sick. I had sore throats and fevers practically every second month. I frequented walk-in clinics and was fed antibiotics regularly. I ate them as if they were staples in my diet. I even remember the name of this antibiotic -“Amoxicilin”.

Although this name meant nothing to me at the age of five it registered in my head because I heard it at least six time a year. Little did I know (so did my parents) that the treatment I received had a major impact on my future health.

How to boost immune system the wrong way

My tonsils grew to the size of a golf balls closing a major part of my throat. To prevent complete closure I have learned to avoid wind, cold, wetness, and anything that may challenge my immune system. It kind of worked. I started to avoid outdoors, exercises and any physical activities that may possibly expose me to “dangers of nature”.

I spent most of my childhood and teenage years in front of TV, apparently a very safe activity for my immune system.  And again, little did I know that sedentary lifestyle would not serve me any good in the future.

By then I already had a major bloating and constipation from antibiotics and hours spent in front of a screen made my belly worse. But I did not know any better. I thought it was normal to go to the bathroom twice a week and strain on the toilet. We never talked about bowels at home or at the doctor’s office, so how could I even know what was important.

When I was 17 I already had major varicose veins. Doctors said it was hereditary, so I believed them. After all I did not have any medical training. I also believed that sore throats are due to my poor genetics and weakness of immune system. Bowel habits were not important. With all that I had no motivation to even look for solutions. Why bother? Wasn’t my health a result of bad genes and bad luck?

At the early twenties I started to be tired, really tired. I barely made it through the day. I slept a lot. I was depressed and started to have mood problems. My period was very heavy and I had major cramps. I was very uncomfortable. I felt sick all over. Doctors tested me for “everything”. Could not find a thing. All tests came back normal. I was even suggested to see a anti-hysteria doctor, psychiatrist that is.

I was desperate, but nobody could give me any solution or even a slight hint of a cause. I felt hopeless and aimless. I thought that was the end. I could not hold a job due to chronic fatigue. My stomach did not feel well. Many times I stayed in bed motionless. I was crying for help, but no one knew what to do. This is when I understood I have to break beyond the standard health care.

My doctors kept me stuck

I started to read, or rather devour, books on health, diseases, pathology, physiology. It was my mission to find out and destroy what caused my misery.  I made a lot of experiments on myself, carefully following up on cause and effect.

The first revelation came after observing my food habits. I noticed my energy changed in relationship to what I ate, so I got curious and kept a detail journal of my meals and my symptoms. After a few trials I found out that some foods caused a definite change in my well-being, sort of like I had food allergies. WOW!!!!

Although nobody ever suggested that food could affect my immune system I decided to run a food avoidance trial. Suddenly my energy changed. I kept on experimenting and came across something about good bacteria in the gut, and another WOW! My gas was gone! It was exhilarating to find out how much control one can have over own health.

From patient to doctor

Step after step I made fast and steady recovery.  I got so fascinated with these simple solutions and logic behind them that in 1993 I enrolled in Canadian College of Naturopathic Medicine to study natural medicine on a professional level. It was a heavy program and I was still not well, but I made it with excellent marks. It was my passion for the subject and personal involvement that propelled me through it. At that time I made several discoveries about my own health and general principles of self-care.

After officially becoming an ND (Naturopathic Doctor) I continued upgrading my skills in many areas: acupuncture, homeopathy, detoxification, drainage, manual therapies and many others. Ten years of listening to and working with my patients have taught me an invaluable lessons about how to reach a peak of health. To share my discoveries I established two magazines in two different languages.

One of the magazines was named “LifePeak”. The other one was called “Zdrowy Styl”, which in Polish means “healthy style”. Both became very popular. However, due to environmental concerns I decided to stop destroying trees and in 2009 started to use the web to reach the readers.

My journey from a patient to a doctor has though me many invaluable lessons. We are far too often misguided. Many health experts mislead us by blaming our failing, but totally repairable health on “faulty genes” or “unfortunate circumstances”. These false statements arise commonly either from to lack of knowledge or due to perceived financial rewards. Very unfortunate.

I was one of those medical victims caught in a vicious cycle of symptom-drug-more symptoms-more drugs. I managed to overcome it and realized that better health is more likely than not achievable regardless of those “genes” and “circumstances. One just has to strive to be better informed, find the root causes and follow up with the right health-promoting, not just symptom-suppressing solution. 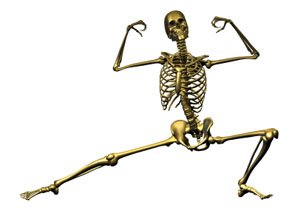 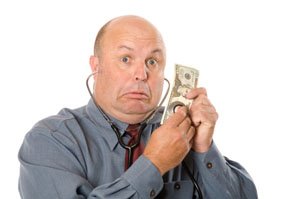 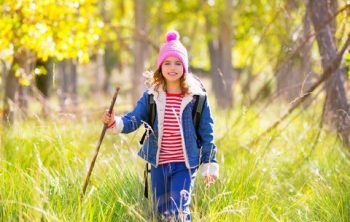