What if the odds are stacked against you

DrD was born in Poland in the average family. Her mother was a simple woman that struggled to finish basic 8th grade. Her father was a surveyor, an ambitious man who seriously took his responsibilities as a breadwinner. His entire life mission was to take care of his two kids: Dorothy (future DrD) and Ewa, her ten year older sister.

At that time DrD held a teaching position in a primary school. She taught English in a small village a few kilometers west of Cracow. But despite having a good job the economic instability and political unrest was so life-upsetting that it destroyed any will to stay.  In the attempt to escape the progressive economic hardship she left Poland at 23 years of age without telling anyone.

Can you start from an absolute zero?

She spent over one year in a refugee camp in Italy awaiting her turn to go to North America. Her need to survive in a new place was so strong that she became fluent in Italian within just few months. With that skill she managed to support herself by selling books and washing client’s hair in a sub-town salon.

When her papers came through she was told she was destined for Canada. She packed all her possessions in one small bag and stashed her money, total of $300 in a worn down jean’s pocket.

For the first two weeks after entering Canada she lived with her sponsor family, people she did know before. They helped her find her first Canadian job. It was nothing glamorous, but it was a step in the right direction. She was officially hired as a general help in a small perfume company, where she was helping packing and shipping gifts.

It’s not what you have, but what you desire that defines you

But the job did not even pay enough for the rent. To improve her financial odds she decided to pick up typing. Knowing how to type meant she could now earn not the meager $5/hr but a much happier $7/hr. From then she started investing in variety of new skills: computer literacy, basic computer programing, business writing, and desktop publishing. She doubled her salary. But this feat did not come easy. Knowing details of the job wasn’t sufficient. She needed to fully integrate herself in the new world. That meant polishing the language, learning business etiquette and grasping cultural differences.

She moved up from being a mailroom clerk, to data entry, to administrative assistant, to an on-demand report generator. These jobs gave her roof over the head and food on the table. They weren’t bad jobs and she could have leave things unchanged, but she knew she was lacking something: reaching her own potential.

She buried herself in the books studying actuarial sciences. In between endless equations and probability tables she was also polishing her business idioms. But math wasn’t gratifying either. Becoming an underwriter meant she would be earning a highly satisfying salary, but still would be tied to an office cubical and remain a slave to mundane and monotonous tasks.

English proficiency and business experience was a good base. It qualified her for studying at universities, which offered a much wider range of careers. So it happened. Within a short time she enrolled in an evening program at York University. After earning a degree in Bachelor of Administrative Studies she decided to take up Bachelor of Science, which open the door for the final destination: naturopathic studies.

In 1999, already at 35 years of age, DrD graduated from Canadian College of Naturopathic Medicine, a fully accredited medical institution. She passed NPLEX, a standardised exam for North American Naturopathic Physicians, with top marks and immediately started her own practice.

She was excited about her new empowering career because she believed that she could help thousands of others. She was a skillful diagnostician and had her head filled with countless protocols for myriads of diseases. Unfortunately her first five years with patients taught her a different story.

There was no doubt that treatment protocols she learned in school were extremely helpful, but they had one huge drawback: they had mostly a temporary effect. Pills worked, but only as long as patients were willing to take them. And although it could not be denied that they improved health they seldom brought patients back to their ultimate wellbeing, full vitality, and a state of boundless energy.

Success lies in your own hands

In search for the answers on how to permanently turn weak and deteriorated into robust and vigorous she signed up for various post-doctoral studies that promised to bring her closer to this answer. These included orthomolecular medicine, functional medicine, classical homeopathy, homotoxicology, biopuncture, cranio-sacral therapy, bowen, bioregulatory medicine, parenteral therapies, and medical acupuncture.

Persistence paid off. After years of progressive studies and first-hand clinical experience she reached an ultimate conclusion. No matter how advanced the treatment or modality may be available the ultimate health destination lies not in doctor`s but mostly in patient’s hands. It is the patient`s awareness, motivation, self-reliance and engagement that make all the difference.

The journey from sick to well is not any different than a journey from no job to a high-paying job. Expect mounting difficulties, massive drawbacks, and seemingly impossible to overcome roadblocks. But if you commit, persist, and pursue despite all odds you will invariably surprise yourself. 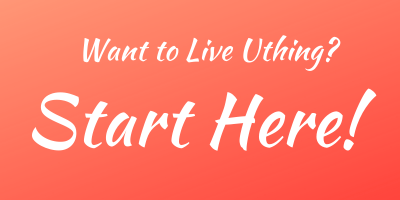