John had spiked blood pressure. His numbers shot to 162/96 on his recent physical. The doctor immediately put him on heart medication.

John did not like that. He considered himself healthy and he never thought he would end up filling out prescriptions for his heart. He was not checking his BP, because he felt OK and his doctor always said that things looked good.

In good health, at least on the surface

John was under an undeniable impression that he is in good health. His doctor never suggested otherwise. John had no pain and seldom got sick. He liked his job, he had a happy family and his life was uneventful. He did not smoke and believed that he ate better than an average person. Thus he could not understand why he suddenly had high blood pressure and why his health declined from good to bad in a matter of a day.

His wife brought him to me. He was reluctant. Why? He already had a doctor. He didn’t need two. But his wife knew how to persuade him.

There was more besides spiked blood pressure

We had a chat on what he thought about his condition and why he ended up with spiked blood pressure. He thought it was genetic and other than that he was in good health. He thought that his weight of 200 lb for his height of 5’8” was normal and that cereal is a good breakfast.

He thought that bladder interrupted sleep was a common occurrence in males, and his spider veins on the face was hereditary. He believed that his skin tags were random, so was redness of his gums and absence of several teeth. He also excused his ankle swelling saying he stood a lot. His wife added a few symptoms to the list including loud snoring, joint stiffness, and headaches.

I did the physical and sent him for a more comprehensive blood work. He was nervous during the meeting. His blood pressure was sky high and his heart was racing at 96 per minute. He said very little and looked somehow confused about his condition and the reasons behind it.

His blood work came back with a few red flags. The gallbladder was congested, protein waste was accumulating, inflammation was raging, electrolytes were all over the place, and sugar was in the prediabetic zone. His blood was thick, microcirculation was bad, toxic by-products harming the heart was above the range, and he was dehydrated on top of that. He was shocked. Why the other doctor did not tell him that? He only gave him blood pressure medication and sent him for an angiogram.

Angiogram revealed that one of his heart arteries was nearly completely blocked. Once he read the results his doctor put John on cholesterol meds, blood thinners, aspirin, additional hypertensive meds as well as nitroglycerine spray and strongly suggested an angioplasty.

How could that be? One day he was healthy and the next he was lined up for a heart procedure while counting his daily meds. He was devastated. He thought of himself as a robust man only to feel like an old and vulnerable weakling a few days after the diagnosis.

The prospect of angioplasty and forever meds did not appeal to him, so we proceeded with a rescue plan.

The causes behind spiked blood pressure and blocked arteries

Before we could put the plan together we had to discover the reasons behind his high numbers and cholesterol deposits in the arteries. His spiked blood pressure did not come from nowhere. His comprehensive blood work and other tests were very helpful in that matter. They showed that John had:

Few consider that hypertension could be a natural physiological compensation for poor blood circulation and poor oxygenation. Too bad, because boosting oxygenation and microcirculation returns blood pressure to normal. Test oxygen

Nutrition is the backbone of health. Prolonged nutritional deficiencies result in symptoms and diseases. Spiked blood pressure is not any different. John was specifically short in nutrients that were responsible for keeping the blood thin. Test body minerals.

John did not just have one type of waste accumulated. There were several red flags pointing to long-term health mismanagement. Some accumulated toxins contributed to thickness of the blood, some were directly responsible for accelerating arterial blockage.

John suffered high oxidative stress that was perpetuated by his low nutrient diet. His dietary choices instead of making him stronger and healthier only supported inflammation and contributed to more waste. His diet was seriously lacking antioxidants and without them inflammation was even more damaging. Test oxidative damage.

Health is a skill, not a pill

John turned out to be a great patient. He listened carefully and applied himself dutifully. He trusted that his high blood pressure can be reversed was confident that with his diligence he would not have to meet a team of heart surgeons. His dedication paid off. Three months later he is in top health.

He has dramatically changed his way of eating and so far he lost 20 lbs. He stopped eating junk and processed items disguising themselves as health food such as cereals, low fat yogurt or orange juice. He also parted with his beloved biscotti and fried goodies. He hesitantly, but eventually, started to use salt shaker, eggs, and meat in his meals. He put emphasis on bowel health and maximized soluble fibre and added some heart-friendly foods to his diet. Here is the summary

There were, of course, a few other suggestions including supplements, but for the simplicity sake I am omitting them here.

The victory over cholesterol and spiked blood pressure

After changing the diet John stabilized, gained energy and was able to move about without having an elephant sitting on his chest. He started brisk walking and eventually did some long hikes. He no longer felt shortness of breath or was burdened by a sudden body weakness. His bulging belly started to retract and his face lost a few spider veins. He snored less, his ankles no longer swelled and joints got limber again.

In a short time nearly all his blood parameters normalized. He dropped all the meds and stayed just on a few supplements. Last time I measured his blood pressure it was at 125/80 with a normal pulse of 68.

Now he has absolutely no symptoms even with strenuous physical exertion and he is full of energy. He feels that lifestyle changes and health education did more for him than all the meds his doctor put him on. He is joking that the surgeons will have to work on someone else, likely someone who only has one doctor, because for him blocked arteries or spiked blood pressure is no longer an issue. 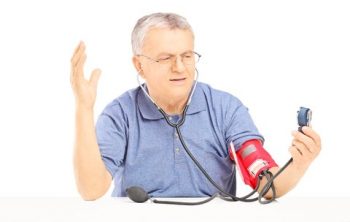 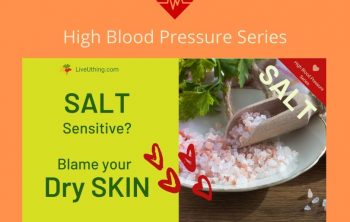 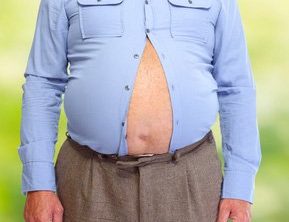