The day was a little bit more than we expected. We were late to begin with as Andi took extra time in the morning to go through his exercise routine. We finally left after he puffed and huffed in the UthingTM room for over half an hour.

Originally we wanted to end up on a Ganaraska trail, but it took us 40 minutes driving up and down Hwy 22 to find the entrance.

No luck. It was already close to noon when we turn back and head…. wherever. It did not take longer than 10 min of driving around and we ended up at Springwater Provincial Park.

5km is not enough

The map handed to us at the entrance did not spell UthingTM to us. We were hoping for 20km hike (Ganaraska), but the longest hiking trail at Springwater was 5km. We were already there, so we went anyhow. We combined the trails and actually bargain out a brisk two-hour hike.

Very shortly into the woods we realized that we are at Kingdom of flies. So, on top of working out our legs we had to work our hands as well, continuously swapping the insects. We had to keep a fast pace otherwise the flies would make a party ride on us. It was so bad even dogs swapped with their paws.

It was a muddy day

It was moist and humid. Frogs croaked, mushrooms bloomed and ponds were alive with vegetation. We let the dogs off leashes as there was absolutely nobody around. But the Goldens do what the Goldens do… water and mud.

It did not take long when Leo found a puddle of mud and submerged himself in cool darkness without hesitation. Tiger followed and nestled himself somewhere between a heap of rotten branches and a dirt bank. Yep, he likes lying in anything that is liquid or, in this case, semi-liquid. Andi said with disbelief “now I have seen everything”. I think the photo says it. 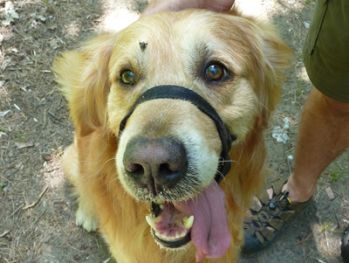 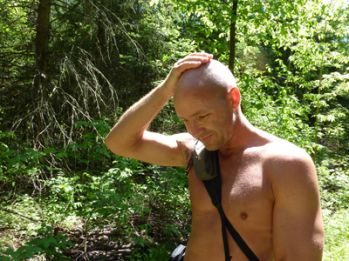 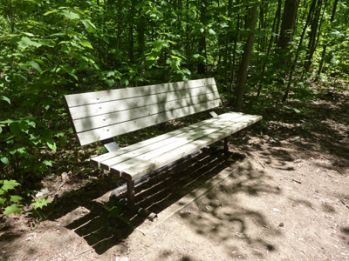 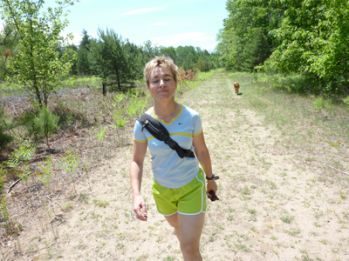 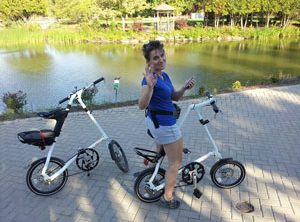 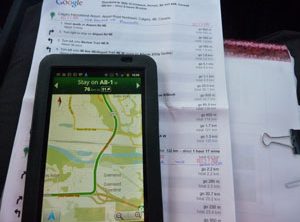 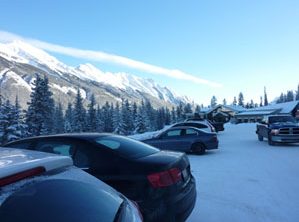