We tend to blame knee pain on osteoarthritis. And although it may look obvious to you that there mustn’t be any other causes for knee pain, I found otherwise.

Over my years of clinical practice I found that 80% of knee pain has actually nothing to do with osteoarthritis and can be treated in less than five minutes.

Many years ago when I was still studying medicine a 60-year old patient came to the clinic to investigate the cause of his knee pain. His knee pain was severe and he was visibly limping. His medical specialists were unsuccessful in decreasing his knee pain, so he decided to try natural medicine.

I asked him to bring me the x-rays with the reports on his knees. And so he did. The x-rays showed only minimal arthritic changes in his knees. To me, it was very strange that close to zero arthritis could cause so much pain. Everybody, including his doctors, blamed this knee pain on arthritis, but to me it made no sense at all.

We proceeded with investigating his knee pain. I asked about his things that may influence his pain perception and and make things worse like the exercise pattern, type of work, stress, inflammation, and of course, the diet.

The interview proceeded as usual, but suddenly his wife blurted out a few sentences that I still remember: “John tried, but cannot change his diet. He loves his candies. He has to have them many times a day”.

I am not sure even how I managed to work my way to asking the man to give up his candies for two weeks, but reluctantly he agreed. I knew that the source of his knee pain was somewhere outside the joint, yet for him it was very difficult to believe that food had anything to do with his knee pain. Didn’t everybody including his doctor say he had arthritis?

When the man came back two weeks later he no longer had any knee pain. We was joyful. Yet, he was also upset that his doctors could not help him. He suffered frequently over the years, and then the solution turned out to be so simple and so fast. Although he could not deny that his knee pain disappeared, it was difficult for him to understand the connection between food and his suffering.

Arthritis and pain do not go together

Over the years I have noticed that the severity of knee pain and the severity of osteoarthritis do not go hand in hand. Deeper research into the subject confirmed it. Joint damage and pain do not go together. One can have no pain with advanced arthritis and vice versa. Someone else can have major pain and minimal damage.

The minute I understand this I became a “knee specialist” surprising patients with my effectiveness. The successes made me cautious about following common medical assumptions about causes and effect. My clinical observation has led me to conclude that 80% of knee pain has nothing to do with arthritis.

I have concluded that 80% of knee pain is either due to dietary issues or muscular (not joint) problems. People who suffer from knee pain that is not joint related have something in common:

Eating pro-inflammatory foods is a very common contributing factor to knee pain. However most people don’t know which foods cause inflammatory reactions in the body. Too bad, because many “osteoarthritic knees” have been “cured” just by removing specific foods.

To know which foods cause inflammatory reactions you need to do a special type of food allergy test. Everybody is different. The foods causing this negative reaction are different for different people.

Exercise is good for your knees

If you have knee pain, and wish to abandon it, do not simply assume that your pain is caused by arthritis and that there is nothing you can do about it. Pain-free life is possible even without aspirin or turmeric. 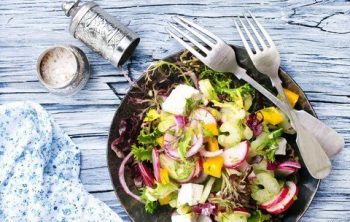 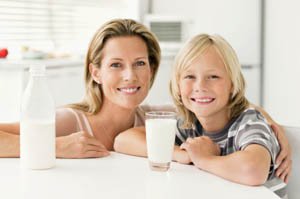 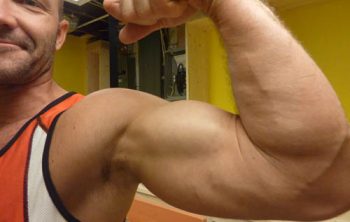