Our blog is about health. Why would we then we put our LUVe travel here? There is a good reason for it. Health, or rather lack of it, limits fun. By sharing our

If you dream of having unforgettable moments, incredibly rich life, or at least of copying our adventures, you need to be in good health and have a functional body. Let’s not sit-dream any longer. Set your compass on fun and let’s go!

We decided to leave Canada for one main reason: to escape winter cold that was about to engulf the entire nation. The second reason was that we were already running out of wood, our main source of heat. It was only December and we already used up a shed and a half of logs. This season was exceptionally cold and the chill insisted on creeping inside the house. We accepted 56F (13C) as inevitable, but when the bathroom temperature dipped to 48F (9C) we knew our we had to go.

We are not ready! 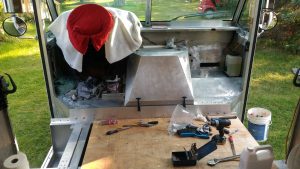 There was only one issue. LUVe, our LiveUthing Vehicle wasn’t ready at all. Andi has been working on it for at least six months, but despite his dedication LUVe was still lacking walls, shelves, water, and power. It did not even have a table to put a computer on or cup holders to put our drinks in.

Yep, driving away in LUVe was as crazy as bungee jumping. We plunged in without knowing what’s about to happen. We did not have a place to go to, firm itinerary, or family on the road. We just knew to go south or face the deep freeze. 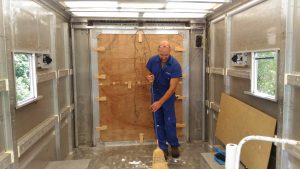 The weather forecast for the next day was ominous thus we did not want to wait another hour. We packed up in a hurry. We thought we were prepared for that moment, but apparently not.

We struggled till after midnight to pile our belongings into the van. We were exhausted from cold, overwork, and time pressures. Our hands were frozen, shoulders could not lift anymore, and eyes were burning.

Finally, the two vehicles, LUVe and our smart car got filled up to their brims and we started the engines. We are now going south! Yep, about 100 yards. And stop. There was one more surprise waiting for us on the driveway. Bummer!

The driveway chain got frozen into the ground. We needed to get it out. We pulled and pulled and pulled again, but the chain was stubbornly holding the ground. It was pitch dark, freezing cold, and nobody around. The only light source we had, the head battery, also gave up. I don’t know how it happened, but we managed to locate a crowbar in a tool pile. For the next 30 minutes we yanked, pulled, jerked, and tugged. We slipped, we fell, we missed, we struggled. Fighting frozen ground felt like an end-stage Siberian agony.

Finally, on the road 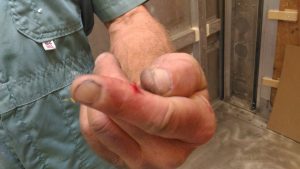 It was after 1am when we started the engines for the second time. Can we even drive? Andi kept on saying he was fine, although I doubted him. We drove off onto the asphalt and headed towards the border. I personally could not see the road any more even though I though I had good headlights. All I could do is to follow LUVe’s back lights.

Back lights? Where are they? The lights suddenly disappeared behind a thick snowy wall. I was surrounded by white. I couldn’t tell if I was still on the road, although it may have been so because the car was rolling on a smooth surface. Suddenly I became a road hazard. 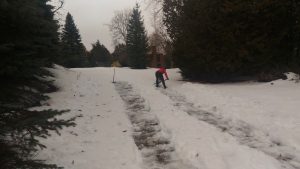 My Garmin watch noted an exceptionally high heart rate. It said I was speed cycling(!) Yep, the intense fear translated into weight loss even though I was sitting in front of a dashboard. I was close to panic. We had to stop and retract. Driving in snow storm was too dangerous. We needed to go on a highway. We did, but the detour added an unexpected extra hour to our driving time.

Hwy 401 was a treat in comparison to the winding dark road we were on before. It was smooth, straight, and well lit. We were exhausted, but strangely happy. We officially made it out of the “town” and also likely out of the freeze zone. The following day the temperatures were to drop another 30 degrees F or 15 C, even though they were already sitting well below the freezing mark. Now the weather forecast did not matter. We were open to adventure, warmth, and sunshine. 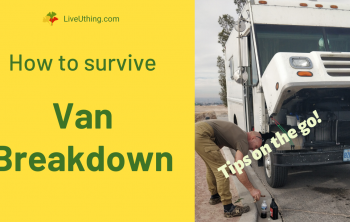 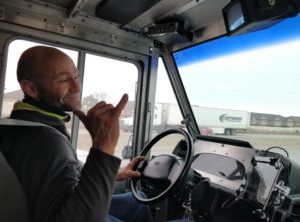 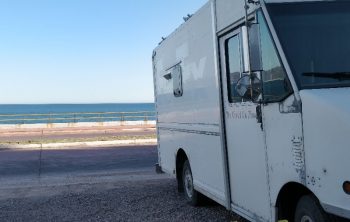