There is no doubt that woman’s life is governed by the hormones. But these hormones not only influence pregnancy and menopause.

They meddle with day-to-day functions of seemingly unrelated organs, which include the heart.

It is well known that low blood pressure symptoms haunt predominantly women and not because of the exhaustion from kids and house chores, but because of the monthly demon called the period.

However, light-headedness, memory lapses and fatigue may not always mean you are doomed. They may simply reflect a little-talked about phenomenon: cardiovascular cycling.

Cardiovascular cycling is a term I use to describe changes in heart behaviour due to monthly hormonal rhythm in women. I discovered this phenomenon by chance after I made an innocent purchase on-line.

Since I got my FitBit I started tracking myself and not just the steps I am taking, but other body function indicators as well. I found that FitBit Charge HR, due to its continuing heart rate monitoring capabilities can gave an excellent insight into the cardiovascular system behavior, which ties with moon cycles.

Your body talks. In fact, it has developed a hugely abundant language of homeostatics, needs and warnings. If understood, this language could be an incredible source of self-knowledge, and it could be of great assistance to those who seek health. Unfortunately very few people, including doctors, know a thing or two about it. Hopefully after reading this post you will get a better glimpse at it.

Heart rate and blood pressure fluctuate all the time

Cardiovascular system is responsive. It adjusts constantly according to the body needs. It responds to stress, sleep, and high altitudes. It also responds to laughter and changes in position. It even adjusts to the weather and mood. That’s why it is hardly possible to see identical blood pressure numbers day in and day out.

I had been wearing my tracking bracelet continuously for about six months. During that time I noticed patterns that arouse my curiosity. Specifically I noticed that my resting heart rate follows my monthly cycle. That finding was rather unexpected as I have never heard of such correlation before.

Resting heart rate a health parameter you can use

After three months of wearing a tracking device I noticed a pattern. Normally my resting heart rate would be around 66, but during the period it kept on going down to 61. I tried to explain this change by factoring in the weather, stress, work, diet, etc, but there wasn`t anything I could put a finger on except the hormones.

I found the heart-hormone correlation fascinating. Lots of women complain of being drained during the menses and blame the exhaustion solely on the blood loss. But lower resting pulse rate may help explain why women, who do not lose much blood, also feel sluggish and tired during the period.

You don’t need to have a Harvard degree to realize that lower pulse can lead to low blood pressure symptoms in some women. Despite circulating hypotensive myths, low blood pressure symptoms do not only mean fatigue, but can include depression, anxiety, memory lapses, clumsiness, and cravings for salt among others. Sounds like something you have? Then, you may want to read my post on hypotensive personality.

For a closer look at the symptoms, causes and cures get a copy of Revived! and outsmart your doctor.

Revived! Get on Amazon

Just because you don’t experience low blood pressure symptoms your hormones do not stay heart-neutral. If your resting heart rate lowers your blood pressure, then it protects you from hypertensive disease and strokes. Maybe slower pulse around menstruation is another reason, besides lower iron stores, why women have lesser tendency to “catch” cardiovascular diseases.

The fact that women liver longer is a well-established fact, but the exact reason why women outlive men is rather murky. Existing theories are vague and far from being proven. Therefore, cardiovascular cycling may be worth investigating as it may explain the puzzling lifespan differences between the sexes. Women may live longer because of their menstruation-dependent pulse deceleration, not because of leading a more sheltered life.

I would like to see some official studies on this subject, but until then you are on your own. Get yourself a good quality tracking device to see how monthly cycle affects your resting heart rate and your blood pressure. 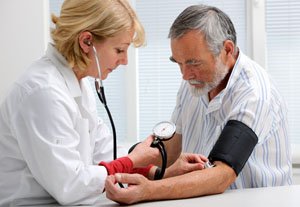 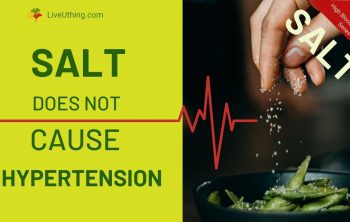