An article of a study posted by “Food Matters” on Facebook titled “Want Strong Bones? Eat More Greens!” featured different ideas in the comment section and many of them were as poorly correlated as was the quality of the study from the article. The study tried to prove that eating greens, i.e. fruits and vegetables would keep us more alkaline and therefore improve bone health: “Fruits and vegetables are metabolized to bicarbonate and thus are alkali-producing. But the typical American diet is rich in protein (meat and dairy) and cereal grains that are metabolized to acid, and thus are acid-producing. With aging, such diets lead to a mild but slowly increasing metabolic acidosis.”

The study was conducted by having volunteers take sodium bicarbonate and potassium bicarbonate supplement rather than the promoted idea of ensuring a strict diet of fruits and vegetables. No mention of what their usual diet was and whether they ate any meat or not, only that they continued their usual diet and exercise regimes along with ….. well a nutritional supplement? It seems that the volunteers in the group may possibly have been health conscious? But what does any of that really prove? How is an alkaline supplement in any way similar to eating fruits and vegetables? There is so much more then potassium or sodium in these foods many of which are rather acidic to begin with. OK, I get it “Food Matters” wants to promote vegetarianism, but why not at least be honest, come out and say so up front? Such poorly correlated unscientific studies may work to convince those with a preconceived bias, but not anyone that is searching for the truth and can critically evaluate the information.
We have thrived for millennia on a variety of different foods and different due to various geographic locations, but now all the sudden we want to narrow nutrition down to one type of food while demonizing other often traditional foods. Most often this is guided by bias either due to cultural, religious, moral and ethical beliefs, as well as pure ignorance, or not to forget simply due to financial interest. It is truly sad how subjective nutritional opinions can be, guided by emotional involvement alone and completely void of logic, because it doesn’t suit the “desired” belief. Nutritional ideas are picked up and furthered, because it suits somebody’s general agenda, without even being scrutinized in terms of the source and the validity of the claims, just as it happened with this unscientific, nonsensical study and the propaganda that has followed.

If you are chronically too acidic, meaning that you suffer from acidosis, it is because your buffers have failed and not because you didn’t eat alkaline enough. There are three buffers: the fastest reacting buffer is the bicarbonate buffer, next is the phosphate buffer and finally the slowest and most gradual is the protein buffer, all of which regulate pH homeostasis. Having your buffers fail is a chronic end stage of disease and typically has to do with malnutrition and not just a lack of certain foods, but rather a lack of nutritious foods, i.e. too much junk foods and “Frankenfoods”. A healthy individual has an amazing capacity of regulating proper homeostasis, by even being able to convert one chemical substance to another in order to counter a deficiency.

Please consider that physiologically speaking we do not even require carbohydrates as a macronutrient. Although due to our proportionately much larger brain we have a higher demand for glucose than any other mammal, we are able to convert enough either form fatty acids or the liver may release ketone bodies to provide necessary fuel requirements of the brain. The release of ketone bodies in this case is not the same as diabetic ketosis. The fact that we don’t require any carbohydrates or plant food has been proven alone through the Inuit people who traditionally only ate animal based foods and had no nutritional deficiencies or chronic diseases. Furthermore look at the diet of the south Polynesians who only ate coconuts and fish. This is actually a diet very similar in macronutrient ratios to the Inuit’s. Many more examples of such “no-carbohydrate” diet can be found around the globe.

Did you know that heavy exercise leads to acidosis? During exercise high volume of oxygen is used up causing buildup of carbon dioxide which is acidic. Carbon dioxide of course is then simply removed through heavy breathing. There is also lactic acid overproduction due to anaerobic metabolism. Lactic acid, as its name describes, is an acid and lowers the blood pH. Lactic acid is transported by the blood to the liver where it is converted to pyruvic acid and reused in the Krebs Cycle (Citric Acid Cycle). This conversion is called the “Cori-Cycle”. Will you now condemn exercise as an unhealthy practise, possibly even conveniently, because it makes you acidic?

To make a long story short, ask yourself what do you really know of physiology and nutritional requirements? What does the person you so enthusiastically follow know? Educate yourself, be critical and don’t just believe something because it suits your subjective agenda. At some point you will understand that the more you learn the more you realize how much you don’t know.

Supplements not better than prescription drugs

Sick and tired of junk salads 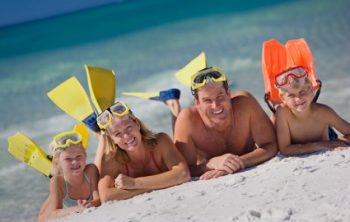 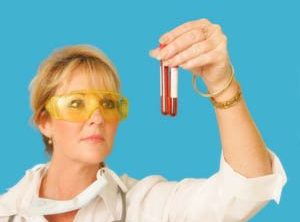 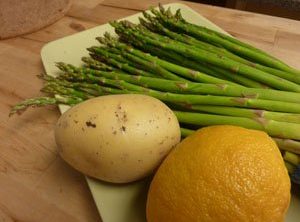